In 1962 Christiane and Christian GUENAN established this company at NERAC in the region of Lot et Garonne. Specializing in regional fruit and vegetable shipping, PROFEX quickly became the first operator of melon and strawberries from Néracais.

With the intention to get closer to the commercial interchange crossroad that represents MARMANDE, the company relocated to the city in 1984 and became a leading operator about the market of tomatoes and ratatouille products.

Bringing together more than sixty strawberry producers in 1991, PROFEX moved into new locals and set up packaging systems.

Yearning to diversify, to preserve its achievements and grasp new opportunities, in 1994 PROFEX opened another department at the MIN of Bordeaux Brienne.

PROFEX Bordeaux was an instant success and remains to this day the selected interlocutor of the largest retailers in the southwest and plays an important role in the worldwide production.

By the end of 2004, the couple decided to retire and ceded the business to Mr Jean-Hugues BELLAND.

Thus PROFEX developed new business lines, expanding its range of products, developing partnerships with producers and standing as a leader of the Import and off-Season products.

Currently PROFEX is assuming an uncontested position in Aquitaine.

Through a strong policy of investment in tools and a state of mind based on listening to our customers and the collaborators’s appreciation, PROFEX forges itself the necessary means to face the future.

In 2010, Jean-Hugues Belland bought MARCELLETTE SAS with the intention to integrate the wholesale market of Rungis and further develop PROFEX.

This company established since 1963 at the Halls of Paris under the name LEFOULON has joined, like many other operators ,the wholesale market of Rungis in 1969.

In 1988, another company was also called LEFOULON in another structure of Rungis , so it was decided to change the commercial name . LEFOULON becomes MARCELETTE, the nickname of the leader at the time .

Positioned on premium product of very high end quality the MARCELETTE’S development strategy is based on the contrast compared to the others competitors of Rungis.

The products are mainly french ones and come from small producers.
The valuation of products is focused on quality , not quantity.

THE HISTORY OF THE GROUP IN A FEW DATES: 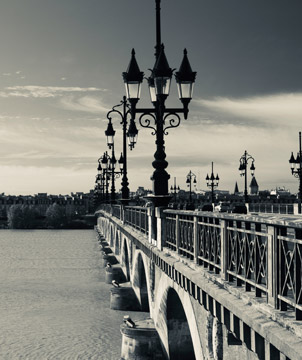 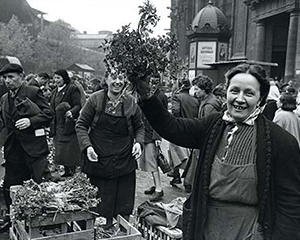 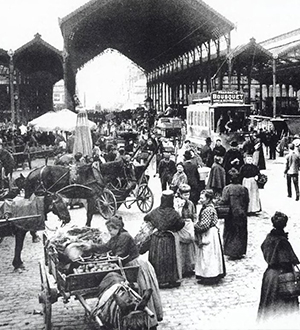 In January 2011 PROFEX take over the BROUSSE BORDEAUX‘s activities, a company created in 1828 and one of the major operators importing fresh fruit and vegetables in France. The knowledge of BROUSSE teams provides a real added value to the PROFEX Group team’s skills and a high-end positioning on imports.

Our group has a real knowledge about the origins of South America products, especially Argentina and Peru, mostly for avocado and citrus, and also of South Africa. The Maghreb at large, Israel where with emphasis we have positioned ourselves as panelist and most recently Egypt, Turkey and Portugal has come to enrich our procurement strategy.

In April 2014, the Group PROFEX continue to grow and take roots on the Rouen Wholesale by Market taking over MIA’s company (Industrial ripening Caribbean). The Ripening industry was sold to UGPBAN. The Group is positioning after Bordeaux and Rungis on another known french wholesale market and integrates complementary trade, the banana mainly Caribbean.

By combining PROFEX-MARCELLETTE-BROUSSE-MIA, the group became a leading operator for high-end products and has joined the club of 100 largest independent french companies of the sector (which lists around 1,200 companies in total).

The objective stays a consistent development with all marketed products, firmly setting up in Paris’s market, one of the most important in the world.

The company’s leitmotiv is based on respect for our customers and suppliers.

All of the collaborators are professionals in their sector with recognized skills levels and knowledge to work seriously without taking themselves too seriously.

The social capital of the group companies is wholly held entirely by its current Leader.